NBA 2K17 is a basketball simulation video game developed by Visual Concepts and published by 2K Sports. It is the 18th installment in the NBA 2K franchise and the successor to NBA 2K16. It was released for Microsoft Windows, PlayStation 3, PlayStation 4, Xbox One, and Xbox 360 on September 20, 2016 as well as for Android and iOS on September 22, 2016.

Aside from the regular edition, a 'Legend Edition' of the game was available for players to purchase; it features former Lakers star Kobe Bryant as the cover athlete and contains several physical and digital bonuses, such as a poster and Virtual Currency. The 2015–16 NBA season was Bryant's final season in the NBA so a special edition featuring Bryant was developed as a way of paying tribute to what many consider to be one of the greatest basketball players of all time. As such, NBA 2K17 and its 'Legend Edition' were announced on the day Bryant played his final NBA game on April 13, 2016. 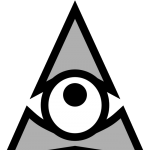